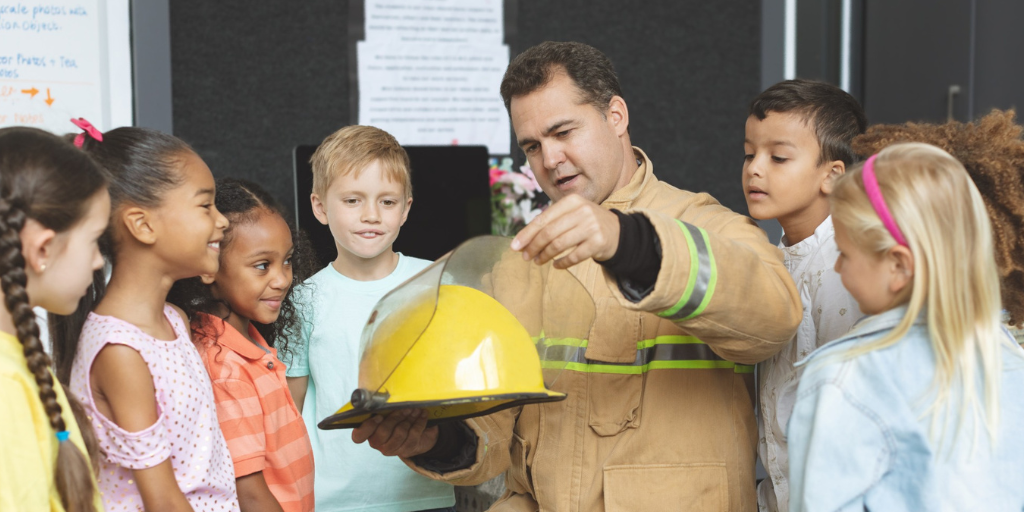 Martin, aged 58 from West Sussex, had to leave his self-employed role due to health issues. He was unemployed for a year when he joined the Making a Difference Programme after a referral from the National Careers Service. He was now looking for additional support on his journey back into work and ultimately secure a Fire Safety apprenticeship.

Martin wasn’t sure what sector he was interested. All he knew was that he wanted a stimulating job working as part of a team and helping people. He was introduced to his Employment Coach, Kirsty, and they started work right away to get him where we wanted to be.

How Did We Help?

The first step in Martin’s work with Kirsty was identifying his transferable skills. These were swiftly added to his new and improved CV. Kirsty also helped Martin update his personal development, job search skills, application techniques as well as interview skills.

The two spent time after applications and interviews to use reflection techniques, which helped Martin work out what had gone well and what he could improve upon next time.

Martin soon rediscovered his love of learning, was keen to partake in all opportunities on the programme and completed two external Level 2 courses for his own development.

As he gained confidence, Kirsty introduced local labour market information – also known as LMI. Doing this helped Martin understand which employers were recruiting in his area and what skills they required. This included, among others, a vacancy for a Fire Safety apprenticeship. Together, Martin and Kirsty investigated his skills and goals would match the role.

Following this, Martin decided that Fire Safety apprenticeship would meet his goals of working as part of a team and helping his community. He also could see that possessing certain transferable skills would be key to gaining this position. He spent time with Kirsty on his application to ensure his strengths and qualities were highlighted to the Fire Service.

Starting an Apprenticeship as an Adult

After a short while, Martin learned that he had secured the apprenticeship at the fire station! Not only did the new job match his work and development goals, Martin also felt that his outlook changed after participating in Making a Difference.

He realised that he had underestimated his own potential. In fact, so much was actually possible through hard work and commitment, and not nearly as difficult as he initially feared.

Martin is keen to express how valuable Making a Difference was for his journey. He thought anyone unemployed would gain a great deal from it and said:

“I think the service I received from Kirsty has been wonderful. She listened to what I wanted to achieve and helped me in taking the steps to achieve them. I feel that it gave me the direction I needed and the programme and support has been fantastic.”

“Martin was an absolute pleasure to support, his drive and commitment, his goals and actions have been inspiring. I am really pleased that Martin secured his apprenticeship – it truly reflects that there is never a point in life where we cannot adapt and learn something new. With time and effort you can achieve your goals.”

Career Guidance To Get You Where You Want To Be

Making a Difference is an initiative match-funded by the European Social Fund (ESF). We help people of all ages find their way into work or education by providing tailored one-to-one guidance and support. Whether you are returning to work after a career break, have been experiencing redundancy, considering working for the first time or simply want to try something new. We can help you figure out the next step for you.

Contact our friendly team to learn more and start your journey today!

Back to Our Stories

Anton – From Volunteering to a Full-Time Job

Tracy – Returning to Work for the First Time in a Decade

Julie – Starting a Career in a New Sector After Redundancy

You can find out more about which cookies we are using or switch them off in settings.

This website uses cookies so that we can provide you with the best user experience possible. Cookie information is stored in your browser and performs functions such as recognising you when you return to our website and helping our team to understand which sections of the website you find most interesting and useful.

Strictly Necessary Cookie should be enabled at all times so that we can save your preferences for cookie settings.

If you disable this cookie, we will not be able to save your preferences. This means that every time you visit this website you will need to enable or disable cookies again.